Workers are Collectively Fighting back against the Agencies that have failed to support them during the Covid-19 Pandemic. 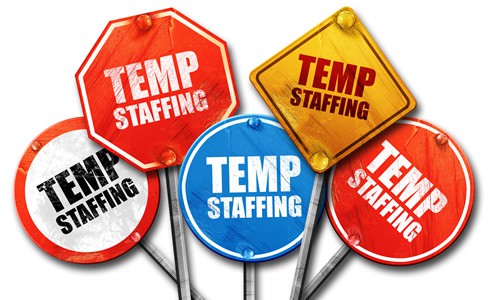 But the passage of time has revealed the bitter truth, that thousands of workers continue to be at the mercy of agencies, payroll companies and employers who have failed to furlough them.

Bosses talk about how their workers are part of a family, how they pride themselves at putting their staff and communities at the heart of their business’s, but where they can get away with it, employers and in particular agencies have left workers bereft of income and security. Where employers care for nothing but profit, workers have to care for themselves and each other.

Throughout this global health crisis Workers have remained true to many of their employers core values of Integrity, Respect, Teamwork and Open and Honest Communication, if only the same could be said for the many Employers, Agencies and payroll companies who have failed to support Workers, these same Workers who were, up until a few months ago were ‘part of the family’.

And in the case of workers hired to work on projects that are outsourced by local authorities, when does complacency become complicity?

Agency workers are often scattered across different sites, and working in different situations. But the workers we are supporting are demonstrating that agency workers care for each other, and are able to support each other to win the security they need.

The route to being furloughed as an agency worker is tricky, and it can be treacherous when an agency has a ruthless disregard for workers. Workers all over the country are proving what can be achieved through overcoming division and collectively organising.

When agencies are so eager to disregard communication, shift the guilt, and shirk their duties it is up to workers to fight together to get the money they need.

Indications are that with wages falling and a new depression on the horizon, there will be an expansion of agency and temporary work.

Now’s the time to ensure that we are prepared, we need to keep organising. Workers are coming together, connecting, building and challenging like they’ve never done before. We’ve seen Agency Workers fight back against the refusal to furlough and they’ve won. They’ve shown that with support, strength and solidarity it can and will be done.

During this crisis, Workers have exposed the true colours of their employers, agencies and payroll companies, and unsurprisingly when things get tough the ‘core values’ of trust, respect, family, honesty and integrity these organisations hold so close have withered away, it is up to Workers to hold their bosses to account, it is up to Workers to remain united. It is the Workers who have shown true resilience in the face of adversity and it is Workers who will build these businesses back up again.

Better Than Zero are determined that a new focus on supporting agency workers can emerge from this crisis, that will make employers, agencies, government, and unions take them seriously.

Stories from some of the Agency Workers who have got in contact with Better than Zero:

Agency Workers at the Lighthouse, Glasgow

Staff at council-owned venue/centre work through an agency, some for more than 2 years. Initially told they would not be furloughed, but they came together and organised, and the agency agreed to furlough. However, they only furloughed them for average pay since Christmas, a quiet season, when the law entitles them to 80% of average pay over previous year. So they kept campaigning, and eventually won.

Agency staff at the Lighthouse have proved the power of precarious workers during this pandemic. When Covid-19 hit, neither Glasgow City Council nor the agencies they use would take responsibility for supporting Lighthouse staff, taking advantage of recurring temporary contracts to shirk their responsibility to furlough workers.

They attempted to divide workers with mixed messages, offered unsuitable 'volunteer' alternatives instead of furloughing, and at first refused to respond when workers took collective action to get their due.

But workers remained united, continued to present their challenge, and overcame the bad will of their bosses to open negotiations for a reasonable furlough agreement. In fighting for their due, they have shown how to act in a way that can be emulated by agency workers across Scotland.

'There was a blatant disregard and absence of communication for our situation from The Lighthouse management, Glasgow City Council and the agencies Brightwork and ASA that pay our wages. We have never felt we were valued or included in any talks about how we could sustain ourselves financially after the building closed. '

Agency Worker, from The Lighthouse, Glasgow

After a long battle, and a number of Collective letters addressed to their employers and agencies these workers were eventually placed on Furlough leave, proving that determination and collectivism is the way forward.

Ceiling fitters in Ayrshire, with jobs through Connect Site Services, a subsidiary of Connect Appointments, with jobs at Barony Campus 'super-school' in Ayrshire, ALDI in Prestwick, and Balfour Beattie at Prestwick Airport were refused Furlough. When they asked to be furloughed, they had a catch-22 reply saying the boss at Connect Site Services couldn't respond because he himself was furloughed and was not himself doing any work. They contacted Connect Appointments centrally and were told that the payroll company used by the agency, Red Ark, was unwilling to process furlough payments.

Workers in offshore catering through agency Entier were not furloughed. This is despite a Unite agreement that COTA, the offshore trade association, would furlough workers but this did not happen.

A group of young trainee BA mechanics were recruited through an agency. They were not told at first whether they would be furloughed, but got together and asked to be furloughed. The agency responded about 2 weeks ago saying it would like to furlough them, but would have to check some things with their payroll company and HMRC. They failed to communicate any further, and so the workers built up the group and issued a letter to them asking to be furloughed and indicating that they were ready to take further action if not.

You can read the story of the Shorterm workers here - DailyRecord: Furlough fury as thousands of agency workers left without cash